← back to
OrangePants Records
Get fresh music recommendations delivered to your inbox every Friday.

"Something About Ruby" from the debut Hemlock Pop album "Crushing On What Might Be". Watch video on YouTube: https://youtu.be/bN-GX6bJsUY 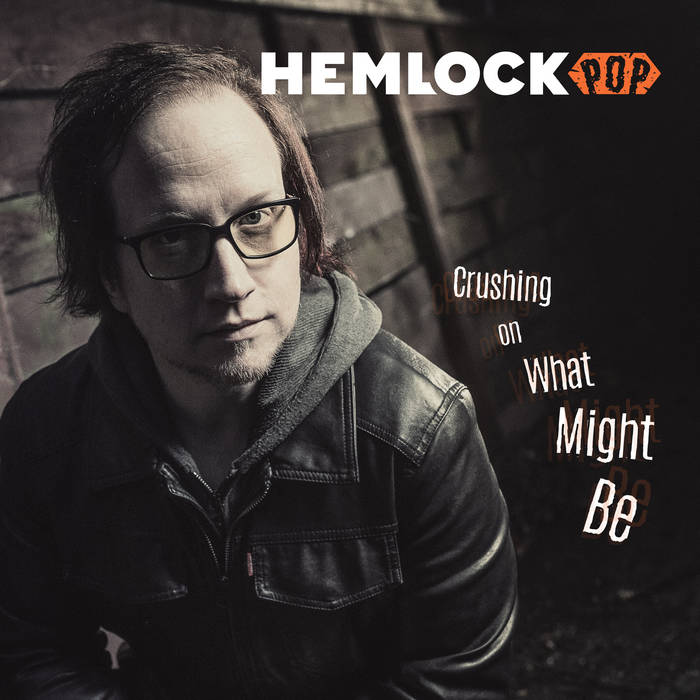 As a veteran of more traditional "rock" bands, I always wanted to make a cohesive "pop" album. So, I holed up with a Macbook Pro, pilfered microphones and preamps from friends, found a few guitars, a bass, and a MIDI controller and this is the result! The newest song on this album was written just a couple years ago, and the oldest way back when I was 18 or so.

*** Click on each individual song title above to view a quick bit of trivia about each song, and it's lyrics.***

Recorded by Ira Merrill, Terry Mattson, and Don Farwell in various places including Ira’s jam space at Seattle Rehearsal (aka The Lab), Crackle & Pop Studios in Seattle, Scott Soderstrom's loft in Pioneer Square where Terry lived, a musty, creepy rundown shack on Capitol Hill that had the Toy Box’s gear in it for a while, and Earwig Studio (when it was still in Georgetown!)

Ira Merrill performed all vocals (except for guest vocal by Hope Simpson of Ever So Android (www.eversoandroid.com) on track 10), all MIDI programming for drums and synths, acoustic and electric guitars, electric bass, and...everything else

Instrumental versions of all songs also available (contact me)

Ira Merrill (aka Hemlock Pop) is a singer / songwriter / recording artist / band geek and computer programmer currently residing in the Seattle area. He is the owner and curator of OrangePants Records which features his current and past musical endeavors, and music from his talented friends. ... more

Bandcamp Daily  your guide to the world of Bandcamp